Summary: People often talk about decisions in which one must sacrifice some of one desirable outcome in order to gain in a different desirable outcome. However, to the best of my knowledge there has been no attempt to systematically synthesize the useful trade-offs which one encounters across many domains of decision-making, so that insights can be shared across fields. This “canon” of trade-offs attempts to do just that. First Published: 7/10/2010. Last Updated: 9/12/2016. Epistemic Status: Believed, but a work in progress.

Most of the time, when we make decisions, we don’t bother thinking about the trade-offs involved. Instead, we focus on the details of the particular decision we have to make. Explicit reasoning is time-consuming and taxing, so most of the time, this is the best strategy. Then why think at all about decisions at the more abstract, trade-off level? I offer a few reasons:

First, it can lend clarity to the types of parameters that we might want to consider when we do reason explicitly. In multi-dimensional problems in particular, it can be useful to have a vocabulary to consider and discuss the most important decision axes.

Second, we can learn useful heuristics that we can apply without much explicit reasoning the next time we make a decision that involves that class of trade-off.

Third, it offers a way to organize examples so that we can more efficiently learn about how others have dealt with the types of decisions that we face.

Fourth, I think there is a psychological benefit of some kind in knowing that you are not alone in facing some of these dilemmas.

Finally, I think a broader awareness and an accepted common knowledge that there are trade-offs will help make policy discussions at the local and global scales more fruitful.

I’m always on the look-out to add a) canon-worthy trade-offs that are currently not subsumed by the below or b) any nice examples of trade-offs. If you have any thoughts, please contact me.

“It’s funny. All you have to do is say something nobody understands and they’ll do practically anything you want them to.” – J.D. Salinger

Upside of unpredictability: competitors are worse at modeling your behavior 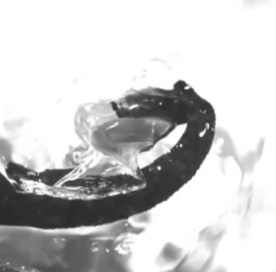 the rewards of the tentacled snake’s knowledge of its prey’s escape rule; http://www.youtube.com/watch?v=urBp2X5mBmQ&feature=player_embedded

“Fast is fine but accuracy is final.” – Wyatt Earp

Upside to accuracy: higher probability of success in achieving goal 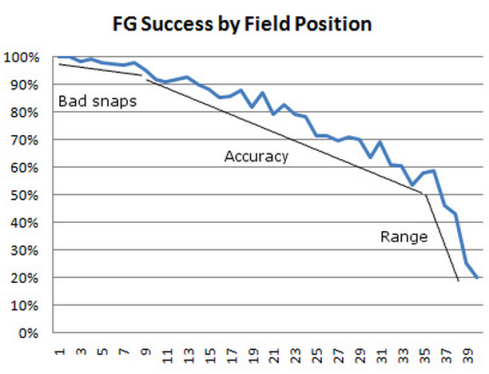 “Don’t get set into one form, adapt it and build your own, and let it grow; be like water.” – Bruce Lee

“I think that the minute that you have a backup plan, you’ve admitted that you’re not going to succeed.” – Elizabeth Holmes

Upside to exploitation: gain on average more from the outcome of this particular choice 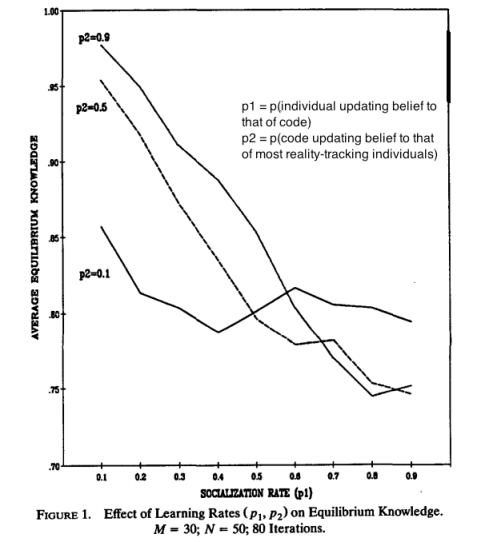 modified from March, 1991, “Exploration and Exploitation in Organizational Learning”

“Plurality is never to be posited without necessity.” – William of Occam

total generalization error of a regression model (black) is based on intrinsic data noise (green), approximation error from smoothing nearby data points to be more similar to one another (i.e., lack of simplicity, red), and estimator variance (i.e. lack of precision, blue); modified from Shalizi’s ADA lecture notes, chapter 4, http://www.stat.cmu.edu/~cshalizi/uADA/12/

5) Surely Some vs Maybe More

“A bird in the hand is worth two in the bush.” – Medieval proverb

Upside of surely some: higher probability of achieving goal state

payoff matrix for the game “chicken”, in which two car drivers zoom towards one another, the classic game of brinkmanship

6) Some Now vs More Later

“The long run is a misleading guide to current affairs. In the long run we are all dead.” – John M. Keynes

Upside to some now: get some utility right away in current state

“Commitment is healthiest when it’s not without doubt, but in spite of doubt.” – Rollo May

Upside to flexibility: ability to switch more easily as knowledge or goals change

Upside to commitment: use resources on optimizing for current goal

“A: My blood test predicts cancer people with cancer 100% of the time! B: Right, but how often does it predict cancer in people without cancer?” 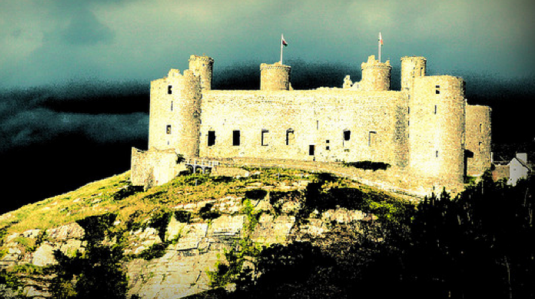 a castle keeps others out, but it also keeps you in

Reversal: This is probably the most abused trade-off. In general, just because there could be a trade-off between protection and freedom in a particular context does not mean that people should just accept that there is one. So do be wary of people who claim that freedom must be sacrificed for security without evidence.

“The whole aim of practical politics is to keep the populace alarmed (and hence clamorous to be led to safety) by an endless series of hobgoblins, most of them imaginary.” – H.L. Mencken

“Duty, Honor, Country. Those three hallowed words reverently dictate what you ought to be, what you can be, what you will be.” – Douglas MacArthur

Upside to universality: benefits accrue further, both in geographical distance and time, and to more total sentient beings

“Give me six hours to chop down a tree and I will spend the first four sharpening the axe.” – attributed to Abraham Lincoln

Upside to saving: improve the world (i.e. better shift your environment to towards your values)

Upside to savoring: enjoy yourself 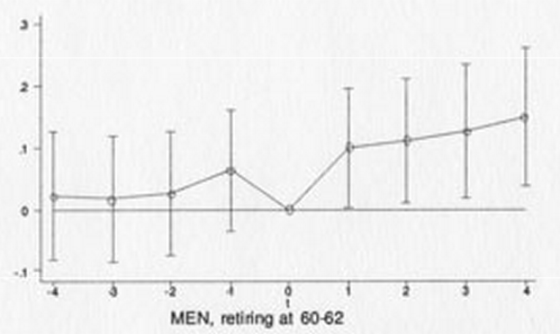 in men, retiring at ages 60-62 is associated with an increase in self-reported happiness, though there is a dip in the actual retirement year, and no significant effect in women; from http://www1.eur.nl/fsw/happiness/hap_cor/top_sub.php?code=R3

Particular thanks to Ben Casnocha, Bingo McKenzie, Brian Waterman, Colin Marshall, and Kevin Burke for substantive comments on versions of this.